I am THRILLED to announce that the next standalone romantic comedy in The Shacking Up Series will be here July 16th! MAKING UP is hot, hilarious and hot as hell and I can’t wait for you to fall in love with Griffin Mills and Cosy Felton (pronounced like “cozy” by the fire or “tea cozy” but with the British/Canadian spelling).

I loved, loved, LOVE writing this story and I’m so excited that there will be not one, but TWO Shacking Up Series books for you to devour this summer!

Cosy Felton is great at her job—she knows just how to handle the awkwardness that comes with working at an adult toy store. So when the hottest guy she’s ever encountered walks into the shop looking completely overwhelmed, she’s more than happy to turn on the charm and help him purchase all of the items on his list.

Griffin Mills is using his business trip in Las Vegas as a chance to escape the broken pieces of his life in New York City. The last thing he wants is to be put in charge of buying gag gifts for his friend’s bachelor party. Despite being totally out of his element, and mortified by the whole experience, Griffin is pleasantly surprised when he finds himself attracted to the sales girl that helped him.

As skeptical as Cosy may be of Griffin’s motivations, there’s something about him that intrigues her. But sometimes what happens in Vegas doesn’t always stay in Vegas and when real life gets in the way, all bets are off. Filled with hilariously awkward situations and enough sexual chemistry to power Sin City, Making Upis the next standalone in the Shacking Up world.

Add MAKING UP to GoodReads

I’m so thrilled that Meet Cute had made the USA Today Bestseller list. Thank you so much for taking a chance on something different and new from me!

I am so THRILLED to be able to share the cover for my upcoming standalone romantic comedy in The Shacking Up Series with you! HANDLE WITH CARE is sexy, funny and above all, it has a super swoony, broody hero I know you’ll fall head over heels for!

Lincoln Moorehead is the elusive older brother of Armstrong Moorehead. If you’re a Shacking Up Series reader, then you might remember him as the douchey ex-fiance/husband of Amalie Whitfield. You remember him right? Everyone hates him and he gets punched in the junk on several occasions because everything out of his mouth is disturbingly offensive. Just imagine being that guys brother. Well . . . you won’t have to imagine for long, because Lincoln’s book is coming August 27th. 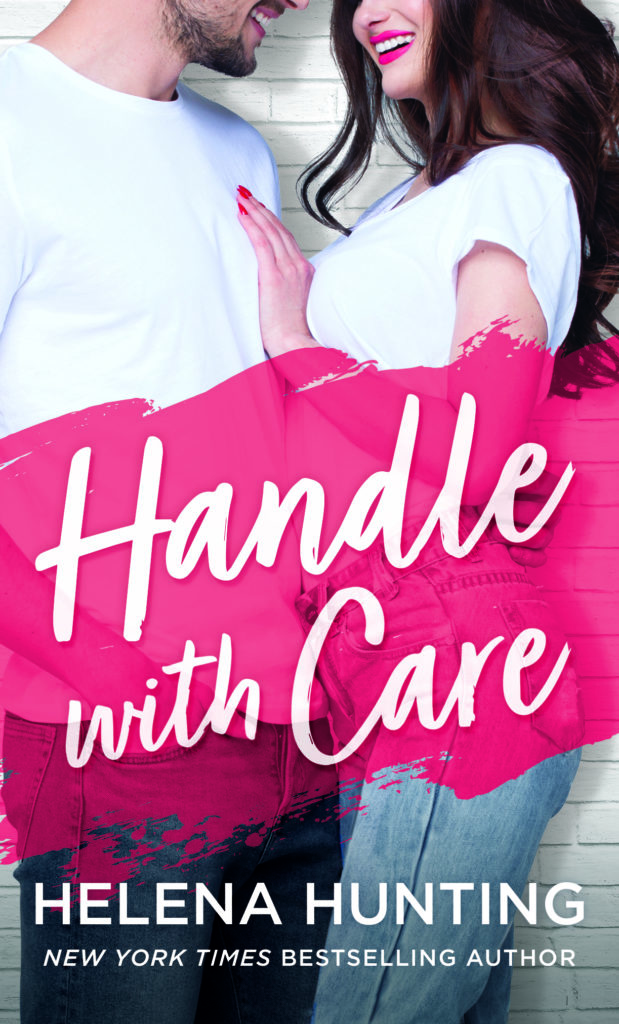 Add it to GoodReads

I’m startled out of my thoughts when my brother jumps up and shouts a bunch of profane nonsense, hands flailing like he’s trying to swim on land, or approximate the chicken dance while on an LSD trip.

“You can’t do this! It’s absolute bullshit!” Armstrong yells.

I look around the table, trying to piece together what I missed.

“I’m sorry, Armstrong. I know this is a shock, but we feel it’s in the company’s best interest to put Lincoln at the helm during this transitional stage,” G-mom says firmly.

At the helm? I look to G-mom who’s busy not looking at me.

Armstrong jabs at finger at himself. “But I’m the one who’s put in all the time here! I deserve to run the company! Lincoln doesn’t know the first thing about Moorehead. All he knows how to do is dig wells and forage for food in the wilderness. How are those valuable assets here?” He turns his attention to our mother. “Did you know about this? How can you let this happen? Look at him. How can thatbe the face of our company? He looks like he crawled out of a gutter and mugged a twenty-year-old college kid on a bender. How is this better for our bottom line?”

My mother clasps her hands in front of her. “I’m sorry, Armstrong, but this decision wasn’t mine to make. I know this is hard for you, but your grandmother and fath—”

Armstrong stomps his foot, exactly as a toddler would. “The company is mine! Lincoln can’t have it!”

I raise a hand, half to quiet my brother and also to find out what the freaking deal is. “Whoa, let’s back this bus up.  Can someone explain what’s going on?”

“You’ve been appointed as the CEO of Moorehead Media, according to the will,” Christophe—no R, because that would make it far too pedestrian a name—my father’s lawyer says.

I’m working on trying to remain calm as I address my grandmother. “You didn’t say anything about me being CEO. You said you needed my help.”

“Running the company, yes,” she says through a practiced, stiff smile.

It’s her warning face, but seriously, when she said she needed my help for a few months I figured it meant I’d be keeping Armstrong in line while she sorted out who was going to take over the company, which I realize now was a stupid assumption.

“I didn’t think that meant CEO. How am I going to run a company with this dickhead on staff?” I motion to my brother.

“Lincoln’s not even part of this family! He hasn’t attended one event in the past five years except for Dad’s funeral. He didn’t bother coming to my wedding and now he’s going to run the company? How is that fair?”

I snort. “Your wedding was an expensive joke.”

He crosses his arms over his chest. “I was set up. Amalie had cold feet and made me out to look like the bad guy.”

The woman beside him shoots him disgusted look.

Armstrong clears his throat and tugs at his collar. “My wedding is not the real issue. The point is that you’ve never involved yourself in any part of this family and now you think you can come in and take over. I will not stand by and let this happen!” He keeps jabbing his finger at me, as if he’s engaged in a finger sword fight.

I lean back in my chair and lace my fingers behind my neck. Armstrong has always been reactive. And self-absorbed. For a while it seemed like he finally had it together—back when he was engaged. But ever since that fiasco of a wedding he seems to have come completely unglued. Again. But worse this time. “Someone needs a timeout.”

CHECK OUT THE SHACKING UP SERIES

I’m so excited to be part of this awesome Boxed Set! I’ve joined forces with eight NYT/USA Today bestselling authors to bring you VALENTINES DAYS AND NIGHTS which includes 9 full novels and it’s completely FREE on all platforms! That’s more than 2500 pages of swoon worthy romance for you to laugh, cry and  fan your face through.

I’ve included PUCKED which many of you may have read already, BUT there are amazing authors and titles in this boxed set, so make sure you grab it while you can and maybe you’ll find a new to you author that you’ll fall in love with!

Valentines Days and Nights is available for a LIMITED TIME only, so make sure you grab your copy today.

PUCKED by Helena Hunting(ME!)
SHOPPING FOR A BILLIONAIRE 1 & 2 by Julia Kent
SOMETHING IN THE WAY by Jessica Hawkins
ONLY TRICK by Jewel E. Ann
WRONG by Jana Aston
ESCORT by Skye Warren
ROUGH EDGE by CD Reiss
CONSOLATION by Corinne Michaels
BEAUTY AND THE MUSTACHE by Penny Reid 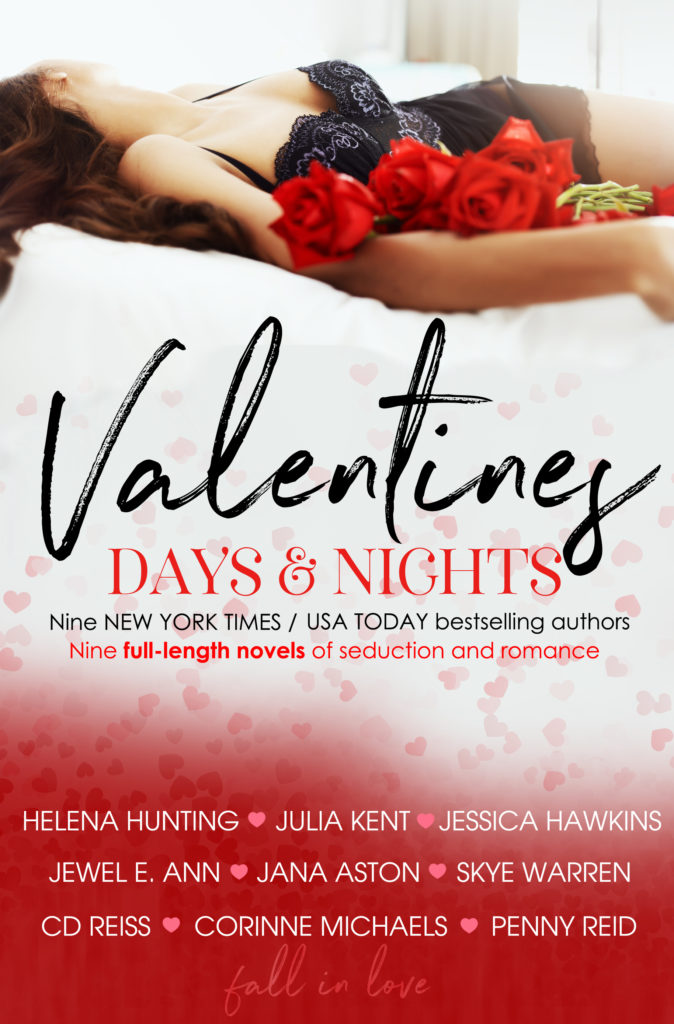 It’s finally here! It felt like today would never come, didn’t it? I am so excited to share this final book in The Pucked Series with all of you. This has been such a fun cast of characters to write, and while I’m sad for it to come to an end, I’m looking forward to bringing you new stories and heroes and heroines that you can fall in love with. Thank you readers for coming on this wild, crazy ride with me and my Pucked Family. 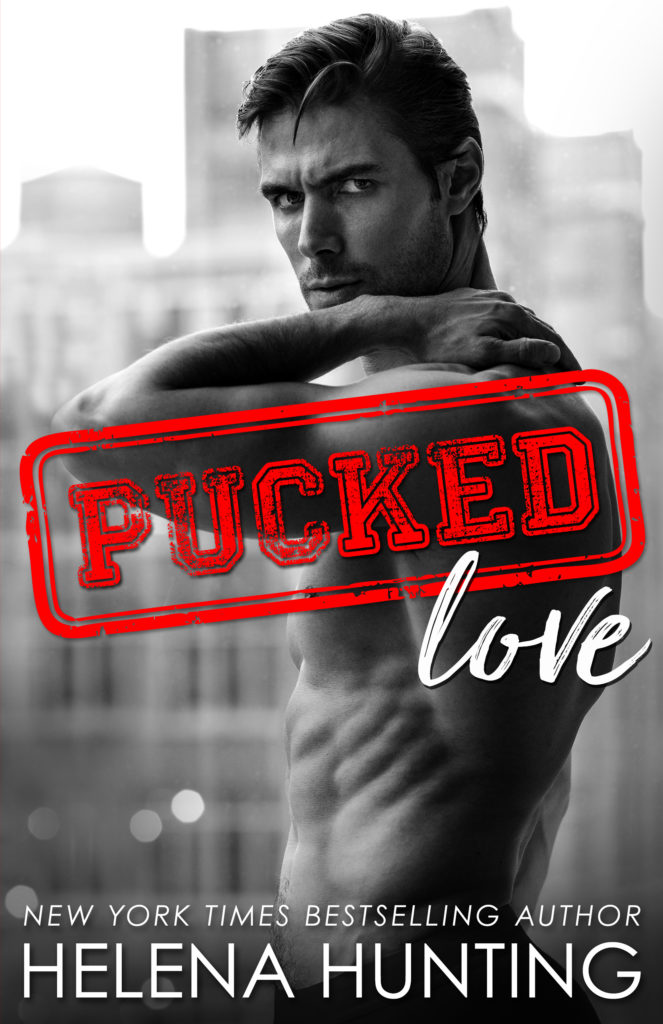 As an NHL player, relationships haven’t been my thing. Shrouded in secrecy and speculation, they never last very long. But then that’s what happens when you require an NDA before the first date.

Until Charlene. She’s like a firefly. She’s elusive, and if you catch her she’ll burn bright, but keeping her trapped dulls her fire and dims her beauty.

I caught her. And as much as I might want to keep her, I’ll never put the lid on her jar. Not at the risk of losing her. So I’ve let her set the rules in our relationship.

But as long hidden secrets expose us both, I discover exactly how fragile Charlene is, and how much I need her.