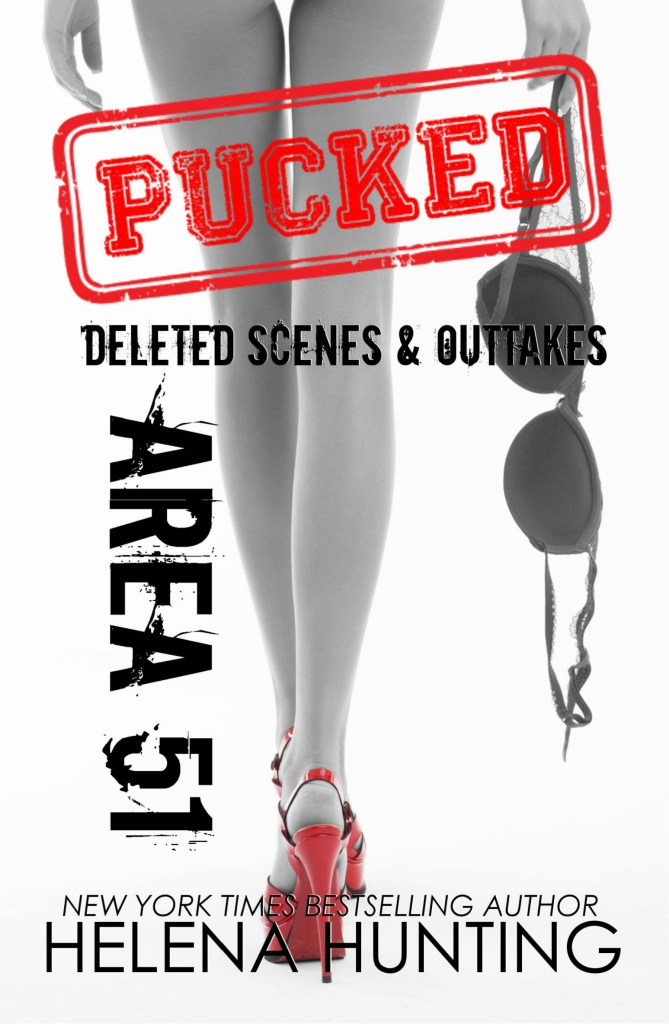 An Area 51 breach on the kitchen table that was cut from the final draft, plus a holiday outtake showcasing Violet’s exemplary Super MC costume design skills.

Discover just how bad poor Miller “Buck” Butterson’s lukc really is in these deleted chapters, and fall even more in love with the snuggly, reformed manwhore.

Check out a never before seen outtake, in which Violet defends her Area 51 position, and get a sneak peek at the first chapter of the Pucked sequel.

The AREA 51 ebook has now been combined with GET INKED and Pucks & Penalties (the extended edition) however paperbacks are still available.