It’s been a while since you’ve heard any news from me and it’s time for an EXCITING update!

Today I get to share the GORGEOUS cover for The Librarian Principle, created by the equally gorgeous and talented Shannon Lumetta! 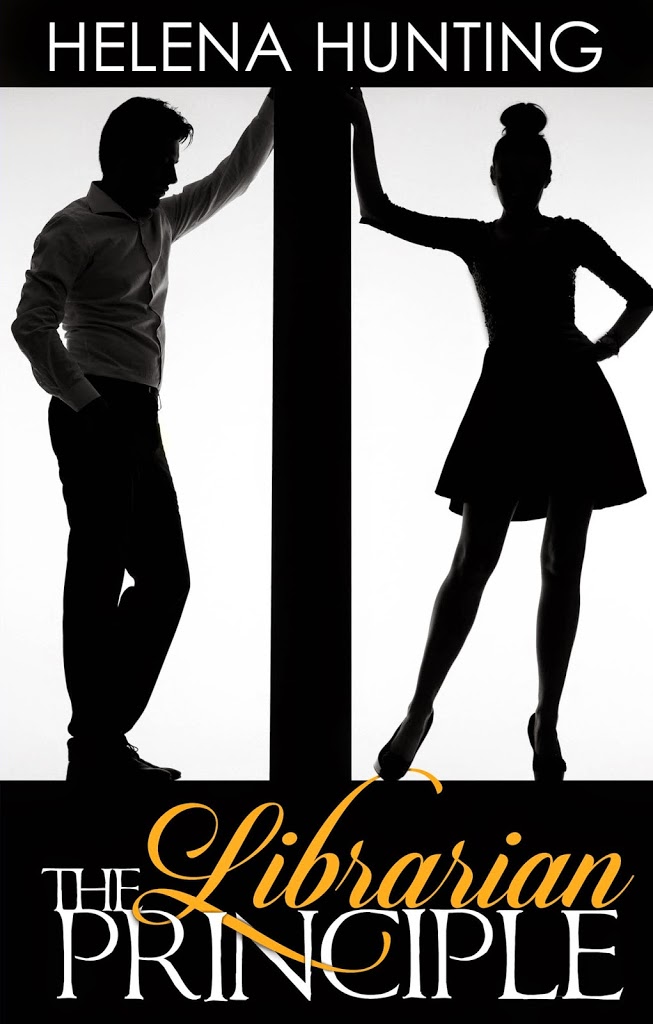 As the new librarian at a prestigious small-town private high school, Liese is drawn to her sexy, charismatic principal, Ryder Whitehall—an attraction she refuses to acknowledge given their relationship and her recent liberation from a delusional ex-boyfriend.

*This is a single title standalone novel.


Liese was in the middle of adjusting her skirt when her phone chimed. She rummaged around inside her purse and found Marissa had sent her a message. Against her better judgment, she checked it. There was no text, only a photo, and it was too small in the message window to adequately discern the content. She clicked the image, and it expanded on the screen.
A noise that sounded vaguely like a cat dying escaped her. Marissa had done it again. Ryder’s head was superimposed onto the body of yet another well-hung porn star, and this time the image also included a woman—superimposed with Liese’s face—sprawled out over a desk, much like the one she stood in front of now.
“Hi there.”
Liese screamed, caught completely unaware. She turned to find Ryder standing in her office doorway, leaning against the jamb, his coat thrown over his arm, briefcase in hand. His suit jacket was unbuttoned, giving him a more relaxed look than usual. And sexier. If that was possible.
“Sorry, I didn’t mean to frighten you,” he said. “You seemed rather invested in whatever you were reading just now.”
Liese hit the button on her phone, and the screen went blank. “It was my girlfriend,” she explained.
Ryder stared at her, unblinking.
At his lack of reaction, she elaborated. “My best friend—she’s expecting me later this evening. She was just checking in.”
“Oh.” He sounded relieved for some reason she couldn’t fathom. “Am I keeping you? We can reschedule for next week if you need to go.”
“No, no, it’s fine. I’m happy to meet with you, unless you have another engagement.” Liese slid her phone back into her purse, turning off the volume as she did so.
“I have no prior engagements.”
They stared at each other for a few interminable seconds before Liese realized they were on her territory, and she should invite him in. “Would you like to work in my office or out there?” Liese gestured to the empty library beyond.
He glanced over his shoulder and then surveyed their current surroundings. “I think your office would be more private.”
“Sure. Right.” Liese nodded, clutching the back of her chair.
“Unless you’d be more comfortable working out there,” Ryder supplied, watching her speculatively from his spot in the doorway.
“What? Oh, no. Not at all. I’m perfectly comfortable with you in me.”
His shock formed a counterpoint to her horror.
“In my office! I’m perfectly comfortable working with you in my office.”
Mark The Librarian Principle TO READ on GOODREADS!

PREORDER links will be added as soon as they go live!

To check out more of Shannon Lumetta’s awesome work, check out her website! HERE

Thank you for sharing in my excitement!