Hi friends,
I hope you all are enjoying the holidays and are gearing up for a fantastic New Year’s celebration!My lovely fellow author, Debra Anastasia has just announced the official release of Return to Poughkeepsie and I thought I would share the excitement with you!
~HH

RETURN TO POUGHKEEPSIE IS
ALIVE!!!!

You can buy Return to Poughkeepsie RIGHT NOW!!!!!!!!!!  I can’t even!! This is just Kindle so far, I will post each of the sites as they come up!!! You can also download a sample.

POSTED BY DEBRA ANASTASIA AT 8:03 PM NO COMMENTS:

Thanks so much for all the positive comments following my previous post. It’s amazing to be embraced with such warmth after a long hiatus.

I’m incredibly excited to share the gorgeous cover for Clipped Wings by Orion Publishing! This stunning version will be available in the UK come March 2014.

Orion has also created a Pinterest page for Clipped Wings. If you’d like a sneak peek at some quotes from the story and the inspiration for the cover art, click here.

I’ll be sure to post when I have further updates, until then, Happy Holidays! 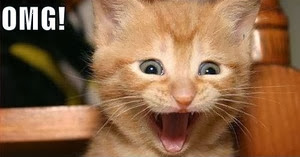 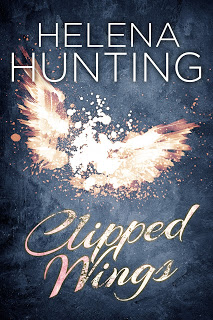 In my last update (which I realize was a long time ago), I made reference to a manuscript I’ve been working on for the past year. I’m still working on it, ironing out the kinks as it were so I thought I’d impart a little about my experience with developing a manuscript.
Last year, I submitted a manuscript to Fictionista Workshop, hoping for the opportunity to work with a team on polishing it up. I crossed my fingers and waited. In the spring, I received confirmation it had made the cut. I was excited about the prospect. I naively assumed that the manuscript was all ready to roll; that during the twelve week workshop, I’d come out at the end with this polished work, ready to query. Was I ever wrong about that.
After twelve weeks, I’d cut the first 17k, rewrote almost every chapter except for one or two in their entirety, and was only a 1/3 of the way through editing the manuscript. The cutting was a challenge, but it was necessary. Once the superfluous content and backstory was removed, the narrative began to flow much more smoothly. I liked the characters better and I had a more accurate sense of who they were. Cutting all that content, while painful, allowed me to be more objective in the process. What I cut wasn’t wasted, it helped me further develop the characters and move the story forward.
Although the workshop had technically ended, I was fortunate that my team and I seemed to gel, and they kindly agreed to stay on and continue to work with me, at a much less rigorous pace. Sometimes it was very slow going, thanks to that pesky obligation called a job, but we all persevered. In May of this year, I finally had a completely edited—and mostly rewritten—manuscript.
Thus began edit round two. The second time through allowed me to weed out crutch phrases—those phrases we lean on when we’re trying to get the words on the page and don’t want to interrupt the flow. A second edit, through a cleaned up manuscript made repetitive words pop out, and I was able to remove instances in which I felt the need to over stage-direct readers. I followed it up with a third, a fourth, a fifth edit  … You see where this is going. I’m on my final read through. Six edits should be the magic number. I hope.
For me, the experience has been a positive one. I had the privilege of working with a group of very cool women who wielded the power of “Track Changes” with unparallelled finesse. There is an unfathomable comfort in having a team to work through the difficult parts of editing a manuscript, when characters can be less than cooperative and resistant to change. Or maybe that was just me.
In any case, progress is being made. I look forward to being able to share more with you; eventually in the form of something with a cover.
If you are interested in checking out the latest article I wrote for Fictionista Workshop click on the link below:
Erotica: Plot is A Necessary Tool
(The irony that I’ve written an article on this topic is not lost on me after CW&IA).
Thank you for your continued support of my writing.
HH