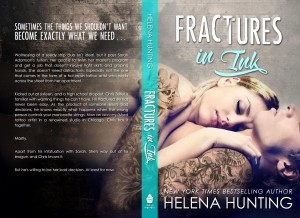 Fractures in Ink has been a long time coming and I’m so excited to share this gorgeous cover designed by S. M. Lumetta.

This is a standalone novel set in the Clipped Wings world. It’s an angsty New Adult romance set to release on October 18th, 2016.

Sometimes the things we shouldn’t want become exactly what we need . . .

Waitressing at a seedy strip club isn’t ideal, but it pays Sarah Adamson’s tuition. Her goal is to finish her master’s program and get a job that doesn’t involve tight skirts and groping hands. She doesn’t need distractions. Especially not the one that comes in the form of a hot-as-sin tattoo artist who works across the street from her apartment.

Kicked out at sixteen, and a high school dropout, Chris Zelter is familiar with wanting things he can’t have. His fractured life has never been easy. As the product of someone else’s bad decisions, he knows exactly what happens when the wrong person controls your marionette strings. Now an accomplished tattoo artist in a renowned studio in Chicago, Chris has it together.

Apart from his infatuation with Sarah. She’s way out of his league, and Chris knows it.

But he’s willing to be her bad decision. At least for now.

Preorder NOW for only $2.99 on iBooks

Preorder the print version on AMAZON

***Have no fear there will be an Amazon kindle preorder, as well as a preorder on all other platforms. As soon as it’s live I’ll be sure to post!

The Pucked Series on Audio 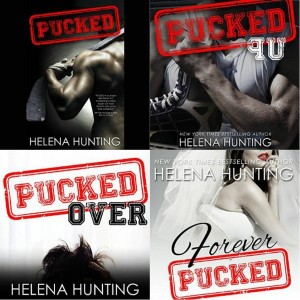 Both Pucked Up and Pucked Over released on audio book this month. Audible did not disappoint with the amazing narrators who brought these books to life. If you already own the ebook you can add whispersync for an amazing discount.

Joe Arden narrates Pucked Up and Miller “Buck” Butterson, and does a fabulous job capturing Miller’s voice and the unfortunate and often unlucky circumstances he finds himself in.

Listen to an EXCERPT

Jacob Morgan and Rose Dioro narrate as Randy “Balls” Ballistic and Lily Leblanc, and man oh man, do they ever capture that couple, and their insane chemistry!

Listen to an EXCERPT

Forever Pucked is now available for preorder on Audible, and I can’t even begin to tell you how excited I am to have the next book in the Pucked Series brought to life with the talent of Jeremy York and Emily C Michaels.

The Librarian Principle gets a SEXY new look

Not awkward at all.

Pre-order the paperback (releasing May 26th) 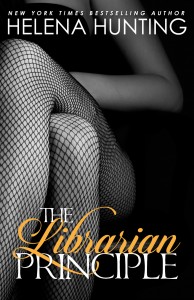